On day of the United States’ election, the leader of Canada’s nurses is sending strength and solidarity to health care workers and racialized communities south of the border. 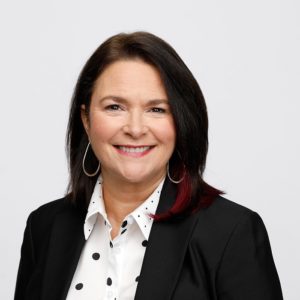 Tonight, like many Canadians, I will be glued to coverage of the U.S. election results, not because of the fanfare that always accompanies the race, but because of the profound impact its results will have for all of us on this continent and around the world.

Let’s not kid ourselves; violence, hatred and bigotry have always been a part of our societies, in Canada as well as the United States. Both our countries were founded on the violent dispossession and genocide of Indigenous Peoples, and both have long histories of slavery and racism. In recent months we have witnessed a moment of collective consciousness – and I hope, the beginning of a reckoning – regarding the ongoing violence and discrimination faced by Black, Indigenous and racialized communities.

Despite this, when the leader of the world’s most powerful country openly expresses hatred and bigotry, he legitimizes discrimination and puts everyone in danger, but particularly Black, Indigenous and racialized people. I have shared the horror at Trump’s complete lack of respect for the things most of us hold dear: human life, science, democracy, workers’ rights, human rights, our planet – anything except himself and the wealthy. His unabashed racism leads to more open hatred, bigotry and violence in our communities.

For nurses and health care workers fighting the COVID-19 pandemic, I know the struggle has been especially difficult. You have faced inadequate protections in your workplaces, and watched far too many co-workers and patients lose their lives as a result of government inaction, reckless policies that prioritized the economy over the lives of Americans and a shameful rejection of science. Most chillingly, you have seen the hardest impacts of the pandemic hit the very communities that endure racism and hatred.

As we stare down this election night, I am sending my solidarity to nurses, health care workers and racialized communities in the United States and Canada. Remember that you are not alone in your fight. And whatever happens – whoever is elected – the fight must continue.

I have borrowed pearls in memory of U.S. Supreme Court Justice Ruth Bader Ginsburg for tonight’s occasion. Wherever we look for inspiration, as unions and advocates, let’s remember that all our best intentions and finely-worded statements don’t mean a thing if we don’t step up to fight for justice and fairness for everyone.