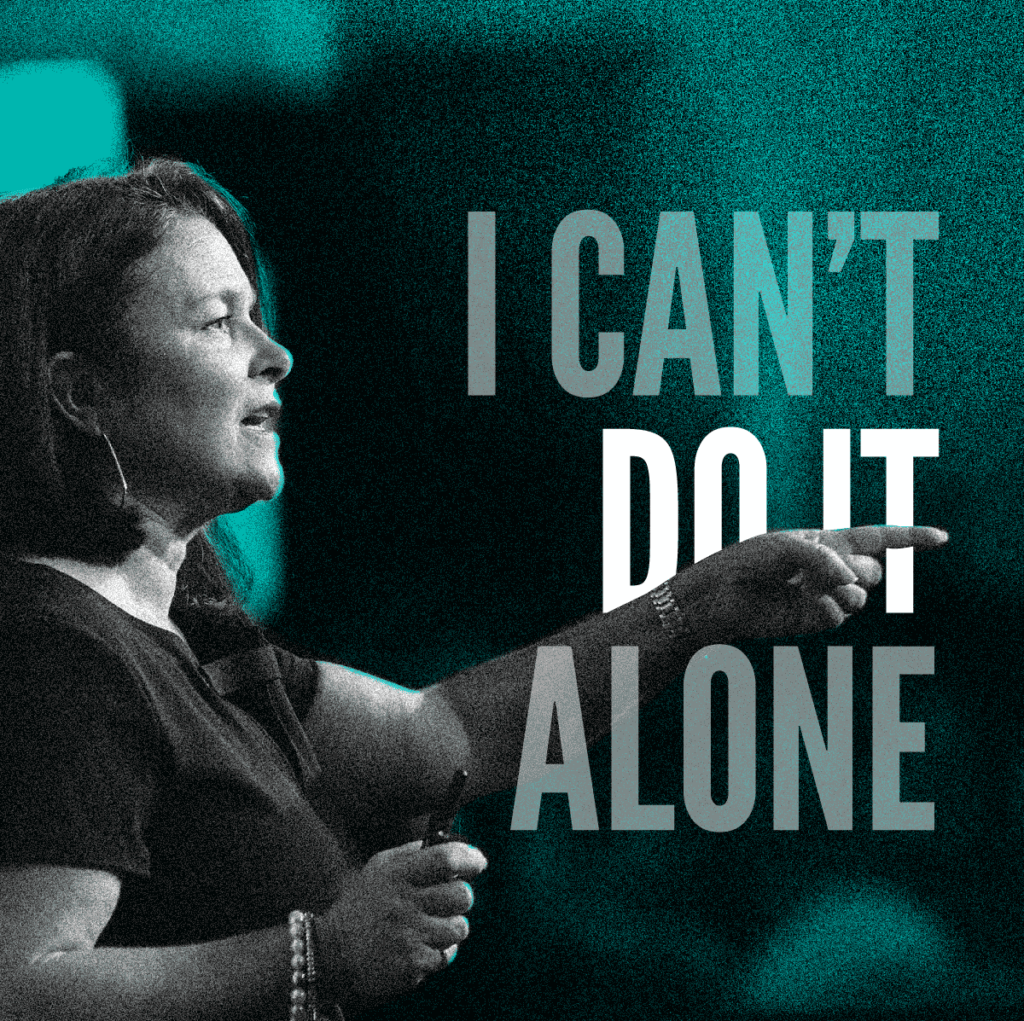 Linda Silas opened Day 4 with a rousing call to action during her president’s address to delegates, urging them to get involved in causes that require our immediate and close attention.

Silas echoed a message that delegates have heard often during convention: nurses have a trusted voice in Canada. As health care professionals, their voice matters to Canadians. It’s for this reason that nurses must speak up about the need to implement a national pharmacare plan, combat climate change and fight for a more equitable society. The upcoming election will be a key opportunity for nurses to influence public opinion and health care policy.

“We all need to get active and get involved.”

Silas also used her address to thank Member Organizations and recap key issues facing nurses across Canada, such as the nursing shortage and unsafe working conditions.

Illness and disability claims are on the rise among nurses, costing the system almost $1 billion per year. Nurses are overworked – plain and simple. The worsening shortage is making nurses grapple with an ever-increasing workload. To make up for it, nurses are working an untenable number of overtime hours.

Silas deplored that violence remains a top issue for nurses across Canada. According to the CFNU Enough Is Enough report, lost-time claims have increased by 66% as a result of workplace violence. Recently, the New Brunswick Nurses Union reported that it is seeing the highest number of long-term disability claims in its history. In Manitoba, Workers Compensation Board claims due to violence, abuse or harassment have increased by 311% from 2013 to 2018. Nationwide, health care workers file more than twice the number of lost-time claims than police and correctional officers combined!

Despite ongoing challenges, Silas pointed to several success stories from the past two years: lobbying for universal pharmacare, advocating for PTSD legislation inclusive of nurses, pressuring for a ban on paid plasma through the introduction of Bill S-252 (The Voluntary Donation Act) and lots more. The CFNU has put nurses’ concerns at the top of the health care file at the federal level. The CFNU is also committed to producing high-quality research that sheds light on top nursing issues. On the heels of several successful reports on pharmacare, the organization is turning its focus to two major surveys: the national nurse staffing survey and an ongoing national stress injuries survey to gather hard data on nurses’ workplace experience and effect change.

Silas closed her address by reflecting on her 30 years of union activism, recalling how her son Alex was just a baby when she first became president of the New Brunswick Nurses Union. Silas’ son grew up steeped in union activism, attending his first picket line when he was just six months old. It comes as no surprise that he’s now a very active member of the Public Service Alliance of Canada, where he serves as an alternate regional executive vice-president.

“What Alex got from these experiences is a fire in his belly. And that’s what we need. That’s my goal for you today, this week and always.”

“It’s to give you that fire in your belly.

Back by popular demand, your National Executive Board spent the latter part of Thursday morning discussing key issues facing nurses across the country.

Safe staffing, violence in the workplace, pharmacare, equity and inclusion, utilizing nurse practitioners to alleviate strain on the system – these are true game-changers for the future of health care.

“Safe staffing is a huge issue,” said ONA President Vicki McKenna. “It’s a fight and a battle. Facts and research are important, but each and every one of us are going to have to stand up and make a difference.”

Tracy Zambory, SUN president, noted that the data provided in CFNU’s research paper Nurses Staffing: More or Less “breaks down the myths and supports the value, role and need for nurses.”

“Take the data forward: share it with the public. This isn’t just about nurses, it’s about patients and patient safety.”

Joseph Shaw from the CNSA shared a story of a fellow student who was injured during training due to staffing levels. “If there aren’t enough nurses to train the students, how does that help us? What does this mean for our future as nurses?”

“There are powerful messages coming from the front lines. Real people telling real stories, this is how we create a revolution,” said Debbie Forward, president of RNUNL.

“We have untapped potential in all our nurses,” said NSNU President Janet Hazelton. “We have to challenge and change how we do our jobs. For so long we’ve let people take bits and pieces of our jobs away. This has to stop.”

Paula Doucet, NBNU president, shared a story familiar to many provinces. In her province, where 2,500 New Brunswickers don’t have a primary care practitioner, there are NPs who can’t find a job.

“To policy-makers and employers: it’s time to take your head out of the sand. We have NPs who are underutilized. If you want people to be healthier: there’s your answer.”

If we’re going to achieve safe staffing levels and improve patient access to primary health care, we can’t be silent. We need to be at the table – end of story. MNU President Darlene Jackson put it best when she said: “If you want to know how to heal health care, speak to those who heal.”

“If we’re going to shift policy and the mindset of decision-makers, we need to be at the table and part of the discussion,” reinforced Pauline Worsfold, CFNU secretary-treasurer. “Our policy paper and research data clearly support nurses and NPs not only saving lives, but saving money too.”

During a brief discussion about pharmacare, Worsfold mentioned the estimated savings to the system is upwards of $11 billion. Imagine what we could do if we were to put that money back in to the system.

It would be a game-changer.

Speaking up and speaking out will be key to changing the landscape of health care in this country, social media channels will be an effective tool for communicating our message, sparking a conversation and creating public awareness. But PEINU president Mona O’Shea warned members to be cautious on their use of social media.

Nurses should use social media to draw attention to the real issues, all while being careful to protect patient confidentiality, O’Shea explained.

Later today the CFNU will be launching federal election campaign materials. Stay tuned to learn more about how you join the conversation and become a game-changer in the upcoming election.

In 2018, the CFNU made a commitment to build on our existing work with young workers and equity-seeking groups. We’ve been hard at work developing tools and resources to honour this commitment, including exciting awareness-raising opportunities like our workshop on Equity and Inclusion in Our Unions.

Under the guidance and assistance of legal consultant Meera Chander, the CFNU has created the Equity and Inclusion Toolkit, which will be available to all its member organizations. The toolkit is designed to support the CFNU and its Member Organizations as they expand their work in these areas by providing a series of important materials: FAQs, introduction to the equity lens, a glossary of inclusive language, an organizational scan checklist, an event accessibility checklist, as well as sample workshops, policies and position statements.

The toolkit has been such a hit, we decided to take it to the next level. Yesterday, the CFNU was thrilled to finally unveil Cards Against Inequity: an additional tool created to help nurses lead conversations on equity and inclusiveness. Crack open your deck of cards today to keep the conversation going! 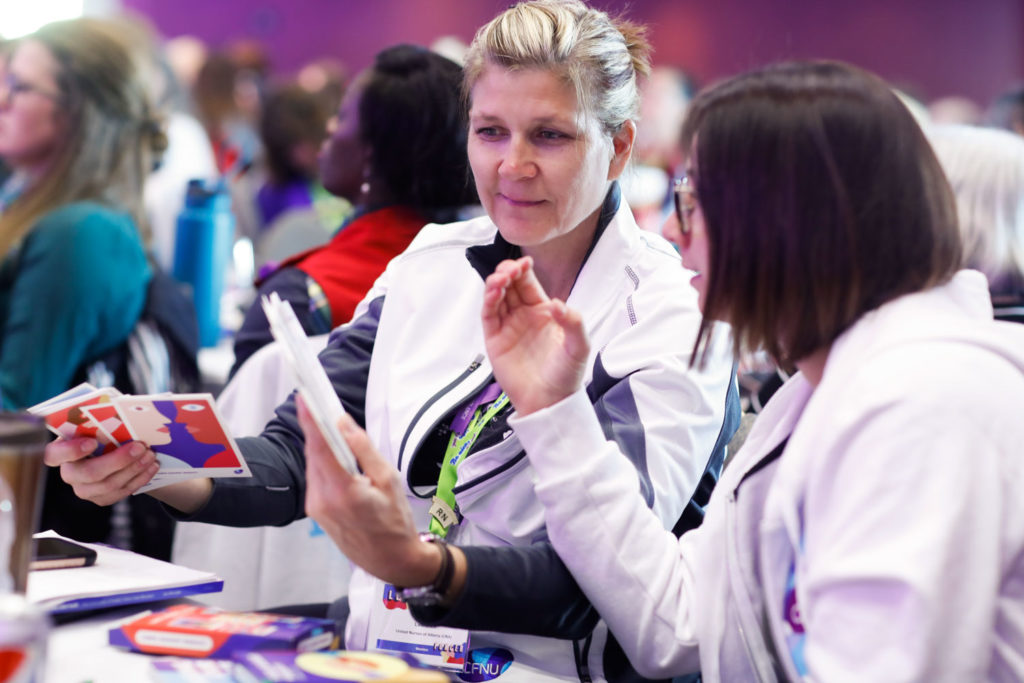 Canada’s nurses unions have a rich history of advocating for our patients and our profession – and since 1981 we have been united in solidarity to create positive change, and improve and protect public health care in our country.

Our story is full of inspiring and ground-breaking stories that deserve to be shared and passed on. That’s why the CFNU recently commissioned a book to capture and preserve our collective history.

Through interviews with current and former leaders, journalist Ann Silversides has chronicled our movement – a movement that has shifted the public understanding of nurses.

“This is a book about our legacy,” explained CFNU President Linda Silas. “As nurses – as highly skilled professionals, we’ve had to fight public and institutional notions of our role within the health care system.”

“We’ve rejected the role of silent bystander. Far from being silent, as a movement, we are vocal advocates for better working conditions and quality patient care.”

Silas pointed to the organization’s decades-long call for a national pharmacare program as one example of its advocacy work in the health care policy sphere.

Silversides’ book, however, goes beyond simply celebrating the federation’s successes. As an organization whose membership is 90 per cent female, the CFNU has not been immune to sexism, even within its own ranks. In writing Taking Our Place, Silversides has not only chronicled a segment of Canada’s labour movement, she has also captured an important story about our national women’s movement and its push for equality.

Learn more about our roots on the interactive timeline at nursesunions.ca/our-story. 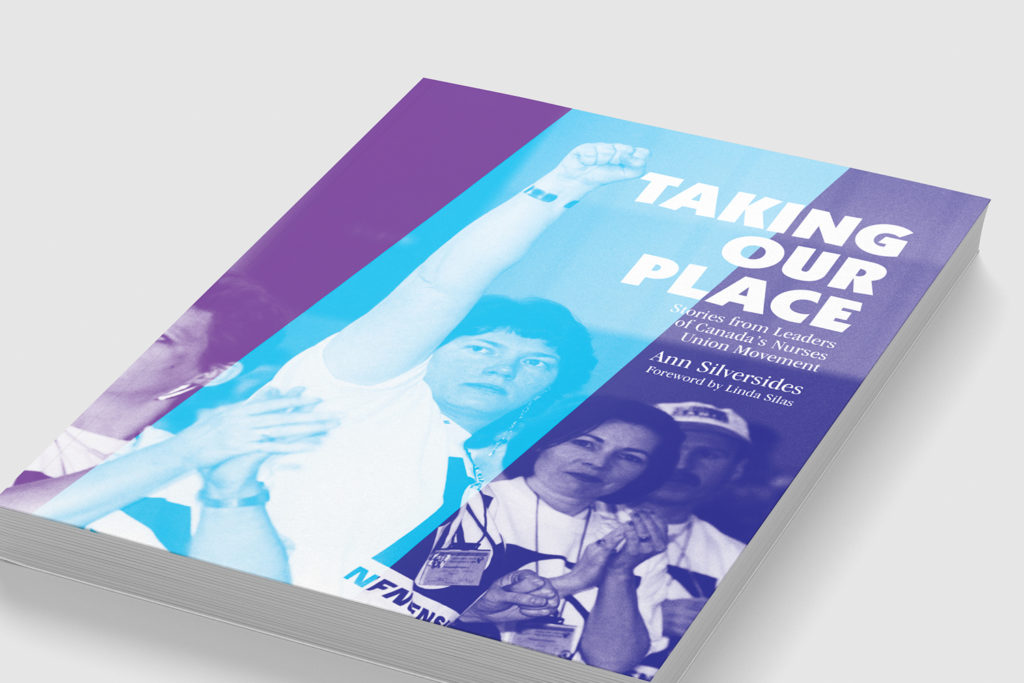 Honouring outstanding contributions to advocating for issues important to nurses

The phrase “bread and roses” traces its origins back to the successful 1912 textile strike in Lawrence, Massachusetts. The strike was largely led by women; the strikers’ demands for fair pay and dignified working conditions were summed up in the slogan: “We want bread, and roses too!”

Closing out the first day of business, we took a moment to honour two prominent nurses union leaders and a safe blood supply advocate for their outstanding contributions to policy, decision-making, patient advocacy and raising public awareness of issues important to nurses.

P.E.I. Nurses’ Union President Mona O’Shea was elected in the spring of 2010 and has been known since as the voice of nurses in her island province. Now in her fifth term as President, O’Shea has fought for patients and nurses when the province began eliminating vacant positions. She has overseen the expansion of PEINU through the inclusion of primary care nurses in the province, and shown leadership in supporting PEINU’s affiliation with the PEI Federation of Labour and the successful growth of the PEI Health Coalition.

United Nurses of Alberta Second Vice-President Daphne Wallace began her nursing career in St. John’s, Newfoundland and Labrador, and became a union activist within weeks. In 1990, after working as an RN and union ward rep in Nova Scotia and British Columbia, she came to Alberta. She has been active in her union ever since, holding office at every level. In 2013, she was elected to the position of second vice-president, a position she still holds today.

Kat Lanteigne, a Toronto-based writer and advocate, is one of the co-founders and executive director of BloodWatch.org, a not-for-profit organization advocating for a safe, voluntary and public blood system in Canada. BloodWatch is committed to upholding the recommendations of Justice Horace Krever’s 1993 inquiry into the origin of Canada’s tainted blood scandal. Since 2013, her tireless advocacy has helped achieve landmark legislation to protect our voluntary public blood system in Ontario, Alberta and British Columbia.

In addition to Thursday’s award recipients, Canadian Labour Congress President Hassan Yussuff also received the Bread & Roses Award. Yussuff’s award was presented to him during the convention’s opening reception, last Monday, for leading the Congress to embrace and champion the cause of a public pharmacare program in Canada.

Congratulations to all recipients of this prestigious award. You’re an inspiration to us all!