« Back to Workplace Violence Toolkit - Main

Statistics on Workplace Violence in Alberta

These sources provide a quantitative snapshot of violence and safety in the health care workforce in Alberta. 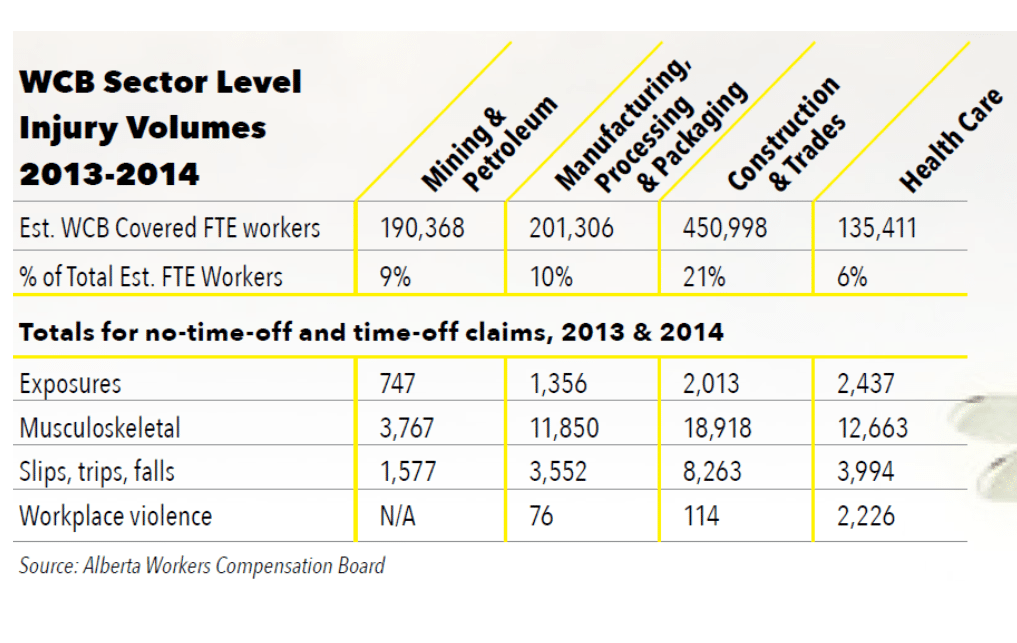 Yearly provincial summaries which provide statistical information of workplace injuries, diseases and fatalities in Alberta for 2016, along with sectorial data infographics.

Nurses' experience of violence in Alberta and British Columbia hospitals

This study (done by Duncan S.M. et al.) examined responses to a survey on violence in the workplace from a sample of 8,780 registered nurses practicing in 210 hospitals in the Canadian provinces of Alberta and British Columbia. Findings relate to the frequency of violence against nurses, reported as the number of times they experienced a violent incident in the workplace. Nearly half (46%) of those surveyed had experienced 1 or more types of violence in the last 5 shifts worked.

On the Day of Mourning, April 28, remember that nurses face real dangers on the job